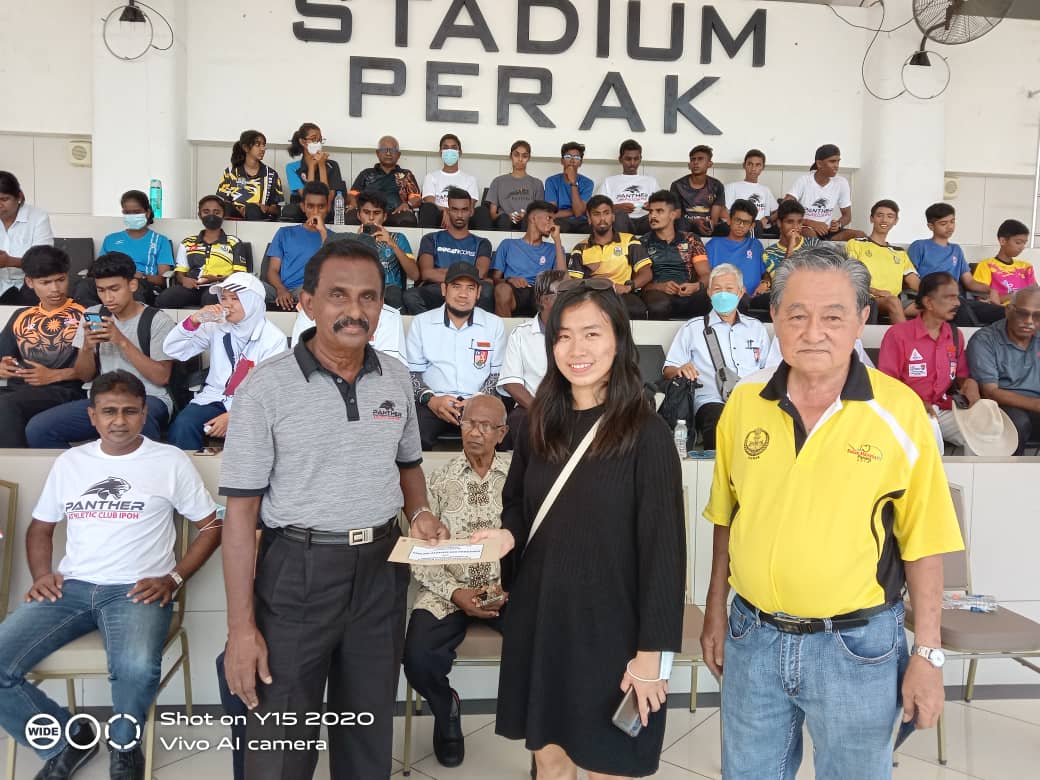 Good deeds should never be forgotten.

In keeping with this and in appreciation of the services and sacrifices rendered by the late athletics coach Aloysius Ong Yoon Peng, two athletics associations came forward to provide financial assistance to his family.

The ceremony took place during the Perak Open Athletics Championship at the Perak Stadium recently.

Ong, aged 70, passed away on June 14 after a long illness. Meanwhile

Jayabalan in paying his tribute said, “Ong worked closely and tirelessly with Panthers Club until he fell sick.

” He helped our athletes in our grass development programmes especially in field events.

“One of them is Mavequine who went on to represent Malaysia at the Asian Schools in shot putt.

“His contributions and services to our club are unmeasurable and valuable deeds will not be forgotten,” he added.