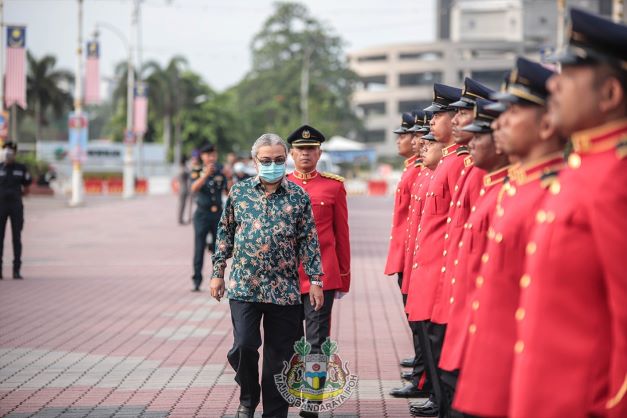 Some 5,000 national flags will be distributed by the Ipoh City Council in conjunction with the up-coming Merdeka celebrations.

The council also held ceremony to mark the run-up of festivities.

Ipoh Mayor Dato Rumaizi Baharin was on hand to inspect a guard-of-honour at the council premises.

Also present were heads of departments along with some 1,000 council employees joined in the event.

The enforcement unit of the council performed a march past while the flag raising ceremony was the highlight.

It is hoped that the Merdeka will be celebrated with much enthusiasm and gusto.