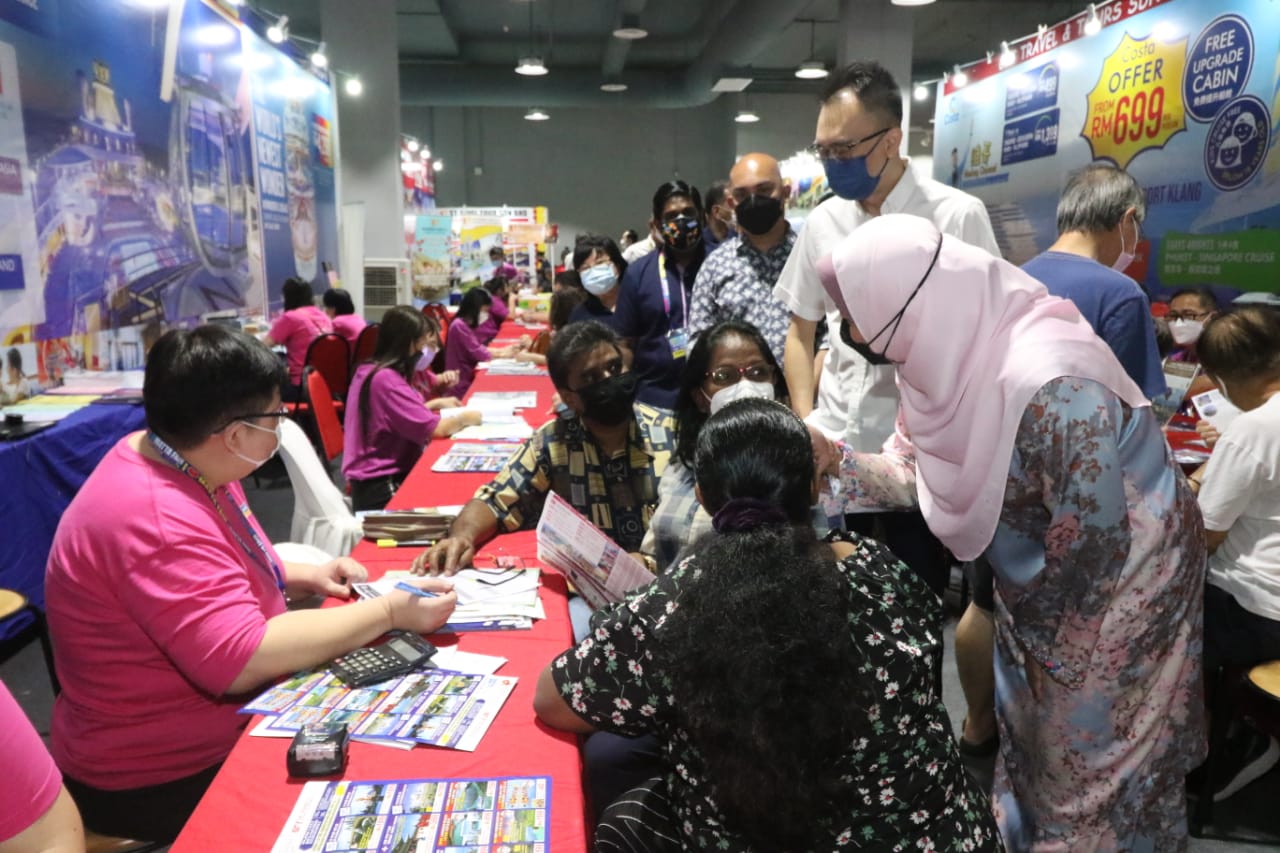 The recent MATTA Fair Perak held in Ipoh was a runway success judging from the turnout of visitors and total sales done.

The event was held from May 21 to 22 at the Ipoh Convention Centre (ICC) and was declared open by Perak State Exco for Housing, Local Government and Tourism Datuk Nolee Ashilin Mohammad Radzi.

An estimated total of 13,000 visitors patronized the fair and contributed RM18 million in sales.

A total of 73 booths were taken up by exhibitors from 58 companies from Perak, Kedah, Perlis, Penang, Melaka, Kuala Lumpur and Selangor.

Among the most popular destinations were Vietnam, Bangkok, Sabah, Turkey and the cruise ship packages for Spectrum of the Seas from Royal Caribbean and Costa.

The organizers expressed their surprise that the visitors turn up was very promising and successful sales were done for all exhibitors.

After not being able to travel for almost two years, this was the perfect start to kick-start tourism for Perak and the overall industry.

The event was supported by Tourism Malaysia, Malaysia Airlines, Tourism Perak, Tourism Melaka and members of the Malaysian Association of Tour and Travel Agents among others.