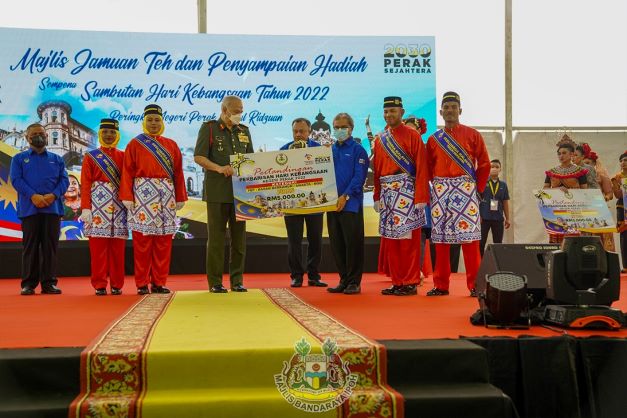 It was a special Merdeka Day celebration for the Ipoh City Council after a hiatus of two years as they won the top prize for the “Best March Past” team yesterday.

To make the occasion even more merrier, they also won third placing for the “Best Dressed Team”.

The council’s team consisted of 60 personnel from the various departments in the council. They had made preparations for the national day parade for more than a month.

The team uniforms were also designed in-house by Faridah Abd. Aziz which involved elements of local inspiration and the national flag.

Ipoh Mayor Dato Rumazi Baharin had also given encouragement to the team.

The winning team was presented with a RM5,000 plaque and RM2,000 for their third place finishing.

The council had also participated in the showcase of its various vehicles during the national day parade.