Park@Perak, the smart parking application applicable in Ipoh City has now been extended to the whole state of Perak.

The application has received some 50 per cent acceptability among the residents in the city since its implementation in 2019.

From this month onwards, all “top up” for Park@Perak can be done on Visa and Mastercard credit cards.

Meanwhile, the city also encourages more film makers to come to Ipoh to be used as their shooting location.

“The city has long been an attractive location for film makers.

“The initiative will also contribute towards the economy of the  state,” said Ipoh Mayor Dato Rumaizi Baharin during his address at the Ipoh City Council’s full board meeting yesterday (Feb 26, 2021).

Mon Mar 1 , 2021
A total of 20 locations around Ipoh City will be equipped with free Wi-Fi by the Ipoh City Council. “The network which appears as “MBIFREEWIFI” will assist children in their learning.  “This is also in line with the “Cikgu Saarani Tuition Programme” launched earlier,” said Ipoh Mayor Datuk Rumaizi Baharin. […] 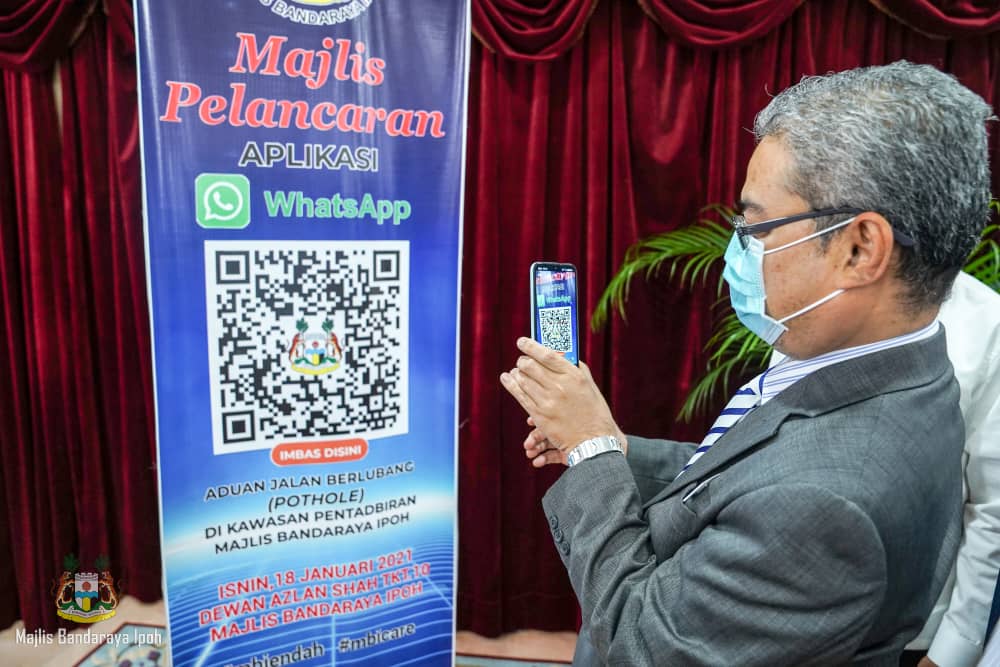