The 29th edition of the Sultan Azlan Shah Cup Men’s International Hockey tournament 2020 will be held in Ipoh from September 24 to October 3, 2020 at the Azlan Shah Stadium here.

Among the participating teams in the annual tournament are Australia, Canada, Japan, Korea, Pakistan and hosts Malaysia.

In conjunction with the SAS tournament, the Raja Ashman Shah AHF-MHC Hockey Academy with the collaboration of FIH Academy will be conducting five courses for officials and participants.

New Zealand and India could not make it to this year’s tournament due to their tight training schedule for the Pro-League. as well as the Tokyo Olympics 2020 preparations.

“I also wish to take the opportunity to thank the oganising committee for their hard work and commitment towards this tournament since 2007 when it first started in Ipoh city.

“The tournament was a biennial event which was held in Kuala Lumpur in 1983,” said Faizal.

He also thanked FIH and AHF for conducting the international level courses in Ipoh to produce future world class officials, coaches and umpires.

Tue Mar 3 , 2020
By V. Sivaji The Deputy Health Minister, Dr Lee Boon Chye will officiate the World Kidney Day 2020 fun run to be held at the Stadium Indera Mulia Ipoh Saturday, March 28, 2020. The event is organised by the Ministry of Health (MOH), the Malaysian Society of Nephrology (MSN) and […] 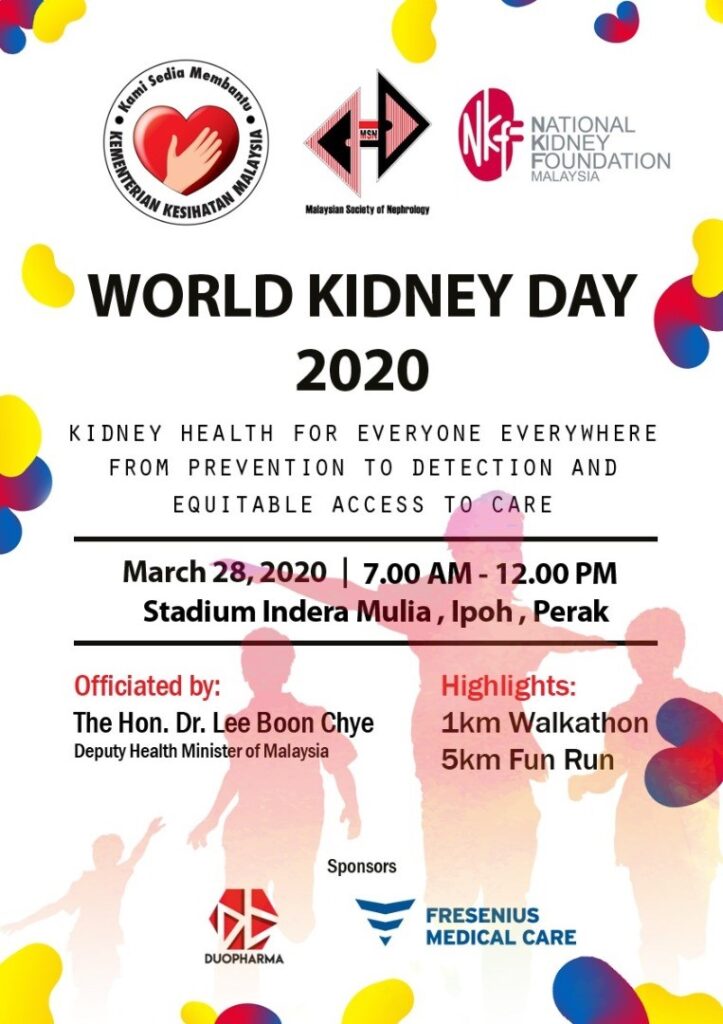