An Orang Asli women’s football team was among the participants in a tournament held in Ipoh over the weekend for the Sri Kandi Trophy.
Being held for the first time, nine teams from Perak, Selangor and Kuala Lumpur participated in the tournament.

MB Incorporated had adopted the village under the Village Adoption Programme which is the brainchild of Menteri Besar Dato Seri Faizal Azumu.

Although the Orang Alsi team did not win the tournament, they put up a good showing at the competition.

Meanwhile, a presentation ceremony of school uniforms for Orang Asli children was carried out as the corporate social responsibility initiative.
More interestingly, the uniforms were also sewn by seven members of the Orang Asli community who called themselves “Team Ceknik”.

According to Anuar Zainal Abidin, chief executive officer of MB Inc, the school uniform project was to help Orang Asli children to prepare for the 2020 school term.

Fri Jan 3 , 2020
By V. Sivaji Firefly Airlines and Keretapi Tanah Melayu Berhad (KTMB) have come up with a unique holiday promotion – FlyRail Holiday Package. The first of its kind in Malaysia promotion is currently available for holiday makers to enjoy the best of  travel experience to those who would like to […] 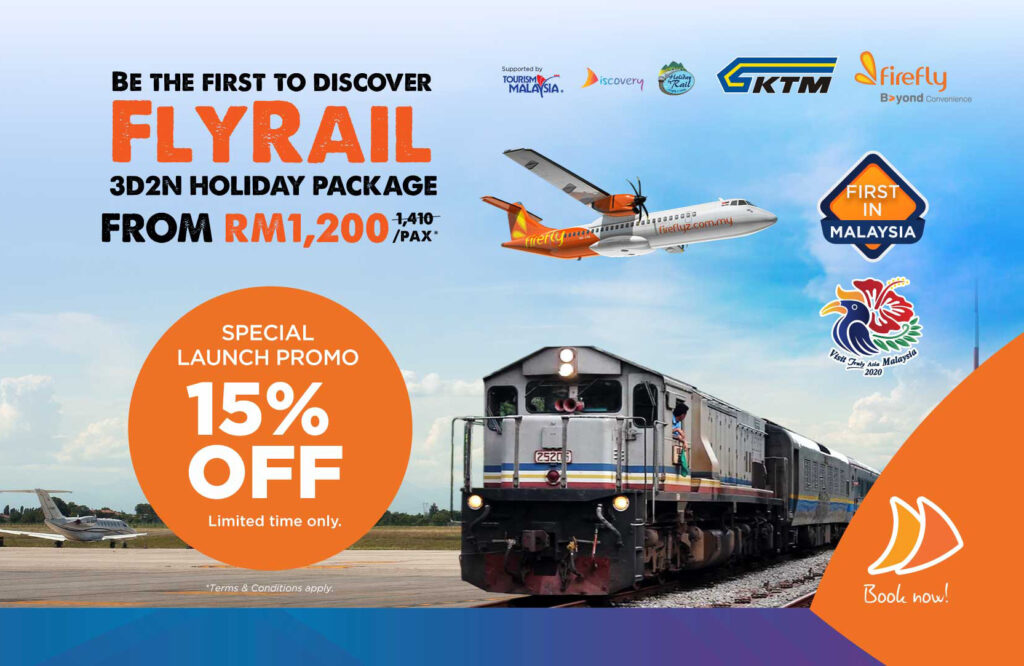 100 musicians to perform at charity event