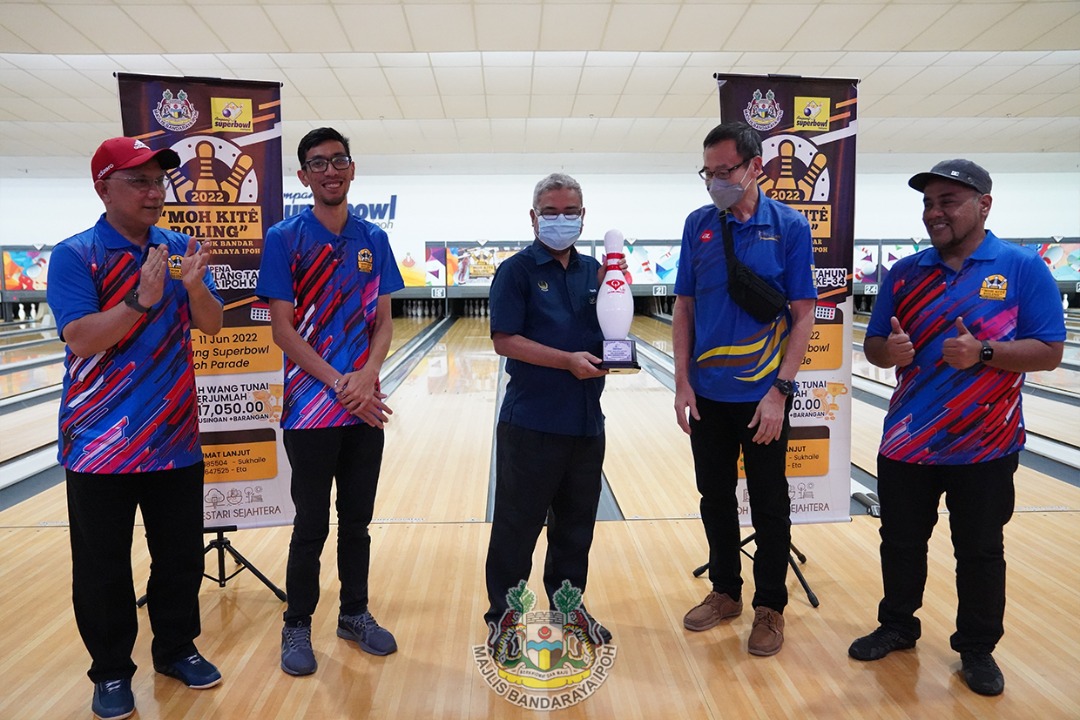 A bowling tournament was organised in conjunction with Ipoh’s 34th anniversary celebrations.

The competition received overwhelming response. The tournament was held at the Ampang Superbowl at Ipoh Parade here.

After a fierce contest, the MBI A team emerged champions.

On hand to present the prizes was Ipoh Mayor Dato Rumaizi Baharin.

A total of 58 teams from the various local councils from all over the country participated in the event.